Before 1944 Otterhampton had no Village Hall only a downstairs room at Jack Parsons’s home on Brookside, where they played Billiards and Whist, upstairs a Doctors Surgery was held every Tuesday and Friday. Jack’s house is still there today on the right side of the barn and water pump. The size of the room posed limitations on more varied activities. 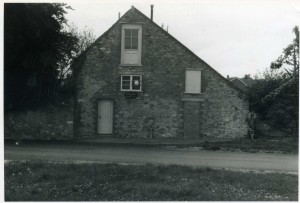 The current Otterhampton Village Hall, along Riverside, was an old malt house (seen on the left) belonging to the Combwich and District Farmers Association, and at one time was part of the property known as the ‘Towers’ owned by Henry Farthing-Leigh. In 1942 the malt house was sold to Frederick Henry and Muriel Amy Hawkins of Weston-Super-Mare.

On 16thNovember 1944 the malt house was purchased by four trustees, for the sum of £525.00, and the building was very generously donated for use as a Village Hall for all persons residing within 3 miles of the boundary of Otterhampton Parish.  These four original Trustees were:  William Arthur Leslie Pardoe of Hill Cottage Otterhampton, Edward William Jeanes of Manor Farm Otterhampton, Alfred Bryer of Somerfield Combwich and Kenneth Bowen Haybittal of Mazoe Otterhampton. Since then it has become the centre of village life and today is a busy vibrant place.

The very first committee were, William Pardoe, Edward Jeanes, Alfred Bryer, Kenneth Haybittal, Sydney Kibby, Ernest Somers, William King, Walter Fielder, Louisa Redding, Margaret Stone, Eliza Cross and Mona Kibby. Mr Haybittal the local bus proprietor was elected Chairman and Treasurer of the Village Hall committee and under his leadership the old malt house was renovated. Labour was supplied by villagers to excavate the floor and lay concrete. Electricity had not yet arrived in Combwich so an electric charging plant was installed. During the first two years a bar and skittle alley (in loft space above the main hall) were added. 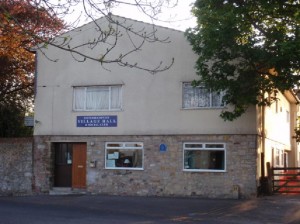 Further alterations were made in the 1970’s, with a Community Council loan, the skittle alley was moved to its current home and further toilets were added to the ground floor. Between 1982 and 1989 the short mat bowls room was created in the loft space of the former skittle alley with a single mat. In 1987 the Short Mat Bowls Club was formed and opened by Councillor Cartwright, and the club have recently celebrated their 25th anniversary.

In 1991 planning permission was obtained and in 1993 Nuclear Energy donated £4,000.00 for improvements to the hall. This enabled the roof to be completely replaced and in doing so allowed the whole of the first floor to be restructured.  A meeting room along with male and female toilets were created.  A concrete fire escape was installed at the back of the skittle alley and the short mat bowls added their second mat. On the ground floor the kitchen was relocated to its present position, the social club area was enlarged and cupboards were installed at the back of the stage, new tables and chairs were bought and the old heating system was replaced throughout the hall along with improvements to the lighting and electrical systems. The majority of this work was carried out by volunteers from the Social and Bowls Clubs, creating the Village Hall we have today.  OPRA made a donation to purchase new stage curtains.

The current Village Hall Committee are now working towards acquiring major funding to develop the versatility of the hall for a wider range of activities and to create more user friendly disabled facilities.